One of the great things about digital printing and a print-on-demand service is the ability to make unique and truly personalised items.

My older daughter and I decided to make a playmat for my younger daughter's son's first birthday. We were going to make a town 'map' for toy cars, but DD2 found a 'map rug' going cheap and bought it!  So we settled on a sea map. (She didn't know about our plans.)

DD1 then got started on the design. She taped together as many sheets of A4 paper as she needed to make a map approximately 1 metre square. She stuck this on her wall and started drawing. She put a banner at the top with her nephew's name on, and drew several islands and a big pirate ship. Then she added details like a Deep Dark Scary Wood, a 'runway' of wooden slats called Gatwick, a Great Barrel Reef, etc. 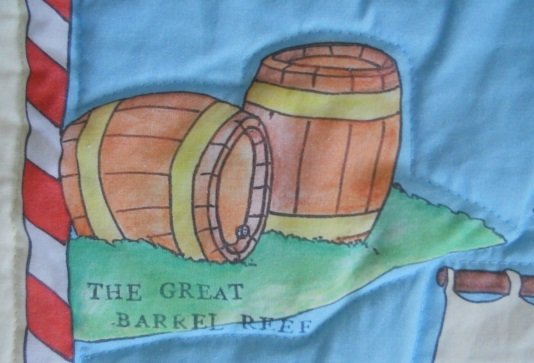 Lots to amuse any adults 'playing' with the mat!  This was then coloured by hand, with a bit of help from her friends!  In the end, she decided that the sea would be better coloured in Photoshop, but the rest is  hand-coloured, which means you get shading and a hand-drawn look. 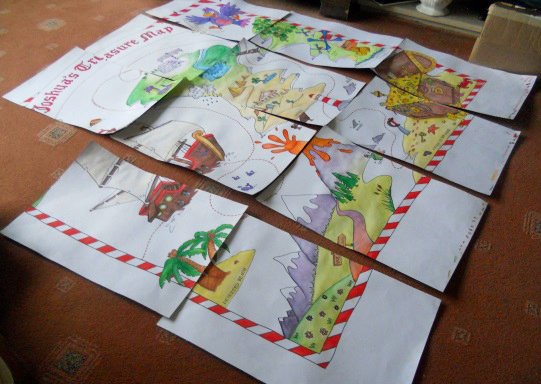 The next step was un-taping the map and scanning each piece, before sticking it all back together in Photoshop, tidying up any mistakes and getting rid of the joins. A real labour of love! (She says she'll never be making another one!)

Then it was my turn – to print the map and a backing also designed by DD1 and stitch them all together. I quilted it by sewing round the major features, and a few smaller ones where it looked like needing a bit more stitching.  I also stitched some fish in the sea, where there was a large expanse of sea without quilting.  I considered waves, but decided it would be too difficult for me to do nicely. I did think afterwards that I could perhaps have put in a couple of waves here and there, rather than going right across the map. 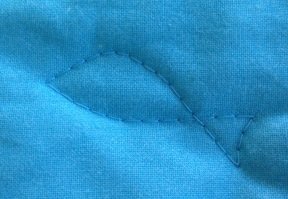 As it was supposed to be a map, DD1 didn't want the binding to show on the front, so I turned the binding through onto the back of the mat. 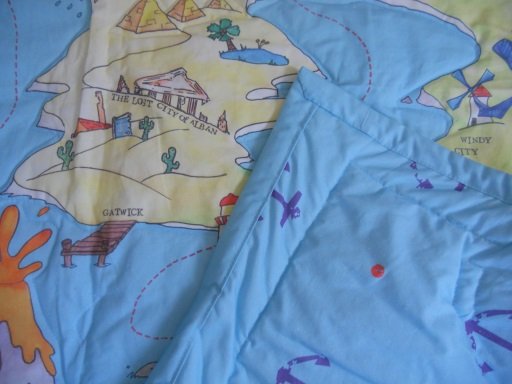 My grandson is not old enough to appreciate it yet, but his mum loves it! 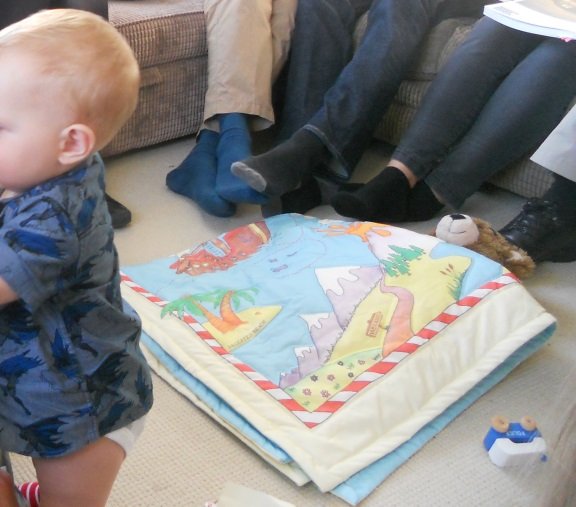 "Thank you for my playmat, Auntie!"

This is one way of making a lovely, personal present for someone. You could use this idea for a wall-hanging, cushion, or even a bed-spread!  You can also use it for tea towels; you can find one design idea here.  If your drawing skills aren't as good as my daughter's, you can use photos, clip art, etc. to create the design.

So what's stopping you? Who do you know who would like a personalised gift this Christmas, or for a special occasion?