Posting a picture of Dorking for our I Spy game on Instagram reminded me that I still haven't told you about our 'home town', so I'll do that now.

The main street running through the centre of the town is fairly narrow and still cobbled at the edges in places.  On both sides of the road there is a huge variety of styles of building of many ages, including the old coaching inn The White Horse. 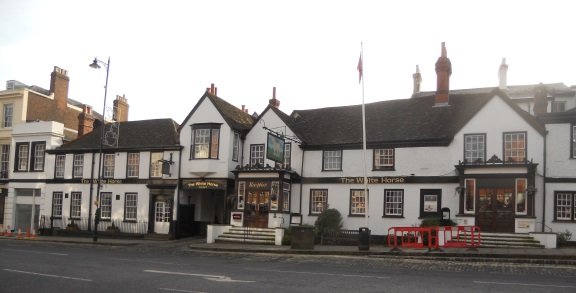 Dorking is famous for its antique shops, mainly based in one street of very old buildings.  These include the former home of one William Mullins, who sailed on the Mayflower and was one of the founding fathers of America.

It also includes one of my favourite shops, the Fluff-a-torium, a haven of fluffiness for wool lovers! 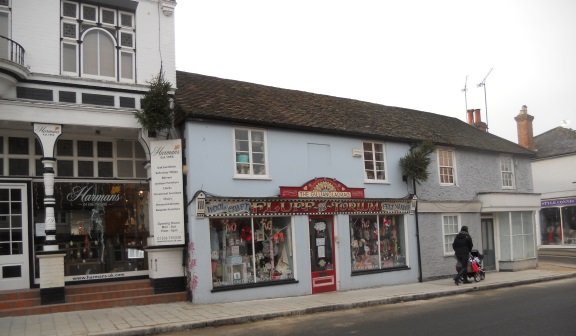 There are so many beautiful old buildings and nooks and crannies that I could be posting photos all day, but there are some newer ones, including a brand new Waitrose and Lidl.  There is also a concert hall which does sometimes play host to well-known names, as well as local groups, including the Leith Hill music festival founded in 1905 and whose conductor for nearly 50 years was composer Ralph Vaughn Williams, a former resident of Dorking.

Overlooking the town, opposite Box Hill, is Denbies Wine Estate, England's largest vineyard and I mustn't forget to mention the Dorking cockerel, a giant sculpture on a roundabout at the edge of the town.  This is sometimes decorated with appropriate headgear, scarves, medals (it was on the Olympic cycle route) and even a guitar! 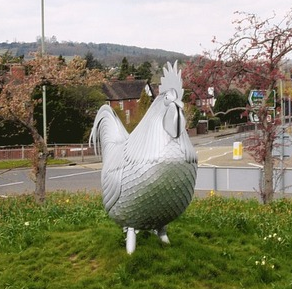 Dorking even features on one of our fabrics!  (There's a blog post about it, too.) 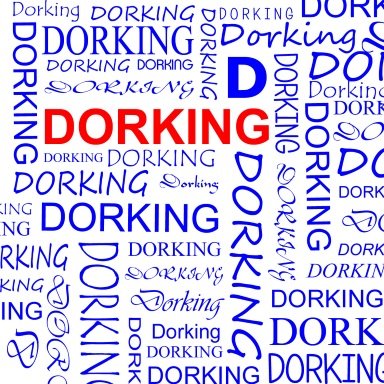 We are within walking distance of the centre - a very nice place for our workshop to be.