We held our first Children's Design Competition during the Christmas holidays.  It wasn't a roaring succes, but it wasn't a disaster, either!  We had three entries, from 3 year old Faye ('Mummy and Faye in the Sea'), 10 year old Mac ('The Crazy-Haired Family') and 6 year old Catherine (My Family Building Sand-castles). 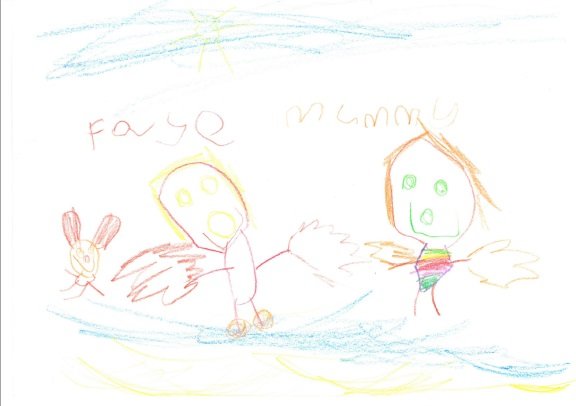 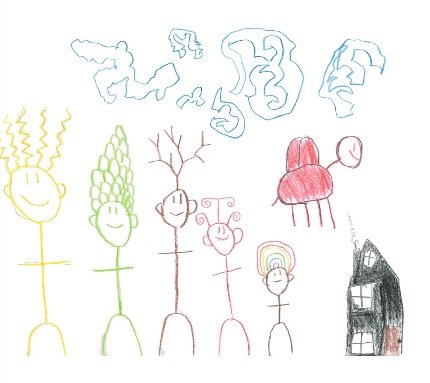 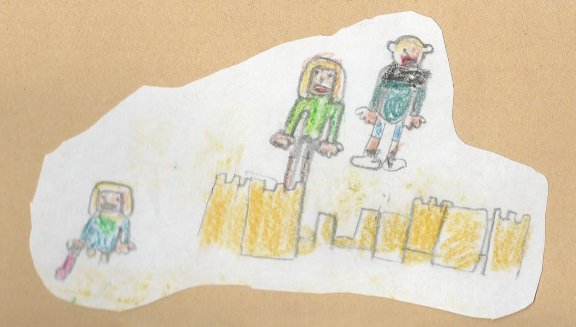 Mac and his mum worked on his design together.  They added some extra clouds so that there wouldn't be too much empty space when the design was repeated, and chose a half-brick repeat. 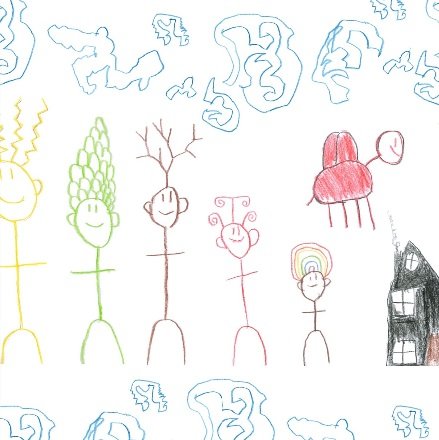 Mac wasn''t entirely happy with his design at that point.  He thought the house was too dominant, so they re-coloured the house: 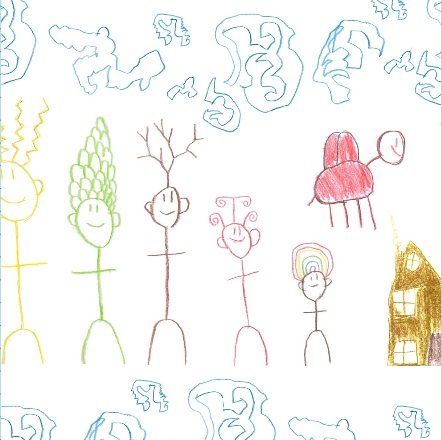 Designing in action!  A reminder to all of us that the first (or latest!) idea isn't necessarily the best - it can often be improved on.  Don't be afraid to tweak your treasured design.  And - you're never too young (or too old!) to start designing!

I haven't been able to print all the designs yet.  I'll show them to you when I have.