We have now reached the 1940s - a decade obviously dominated by World War ll, and within living memory of a significant number of people.

The early part of the decade was greatly influenced by the war, rationing and shortages.  It was the era of Make Do and Mend. Home sewing was very popular - if you could make yourself a new skirt from your Dad's old trousers, then you were already ahead of the game.  (And some of you thought upcycling was a new idea!)  Even back then, many sewers had their stash of fabric, so they could still sew, even if they didn't have enough coupons to buy new fabric. 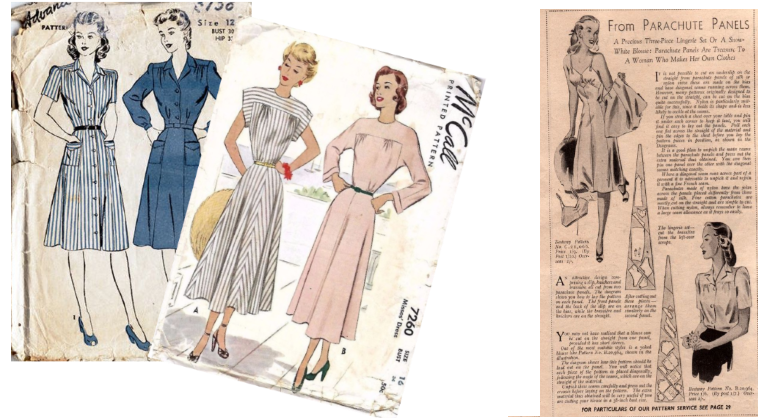 Of course, women still wanted to be fashionable and well turned out for a night out, so ingenuity came into play.  Women found all sorts of tricks to get round the lack of 'basics' - like stockings and lipstick.  Using gravy browning to paint a line up the back of bare legs to give the impression of stockings (which all had seams in those days) is legendary. 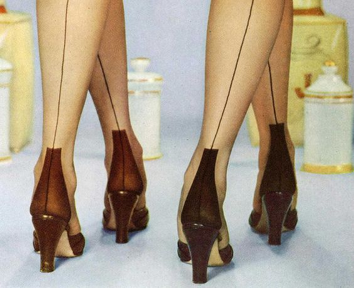 During the early part of the decade, fashion embraced the necessary evils of a utilitarian lifestyle.  A suit, often tweed or flannel, quite possibly teamed with a hand-knitted jumper or a  blouse made from the new fabric, rayon, was a standard mode of dress during the day.  Younger women often wore pinafore dresses. 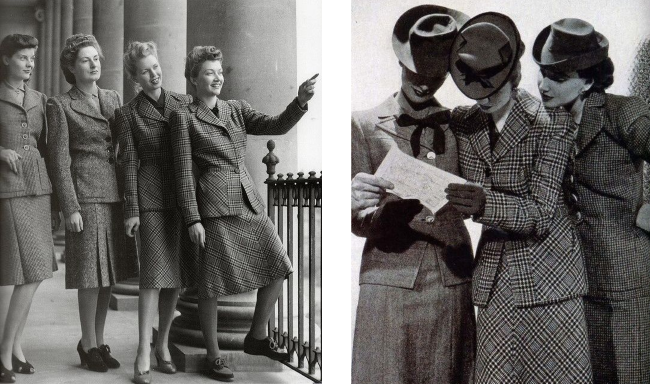 Clothes were mostly plain colours, prints being limited by the scarce resources available.  Even so, even utility clothing (the range of clothing brought in by the government to control the use of raw materials whilst making sure there was sufficient suitable clothing available for people to buy) utilised prints for some items, as these two dresses from M&S testify.  Contrary to people's original fears, utility clothing was of a good standard, with a reasonable amount of choice.

Popular prints during the 1940s were floral patterns and polka dots.

After the war, clothing broke out of the utility mould and became either long and slim, or the full-skirted, narrow-waisted longer length New Look created by Dior.  Glamour was back in fashion and included backless, sleeveless evening and sundresses. 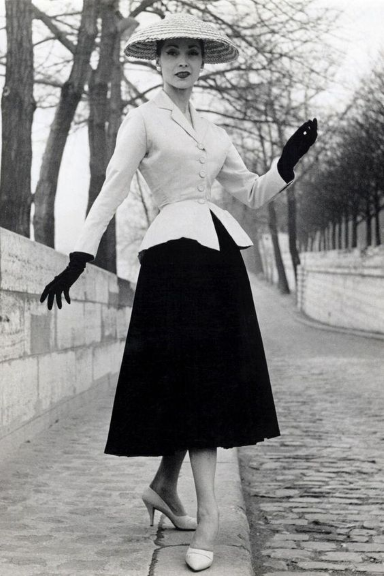 Ladies were even seen at the beach or Lido in revealing (for the times) swimsuits! 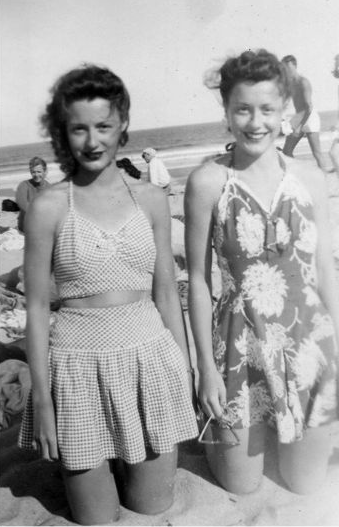 During the war, many women did jobs previously only done by men, and began to wear trousers when they were working.  Landgirls lead the way : 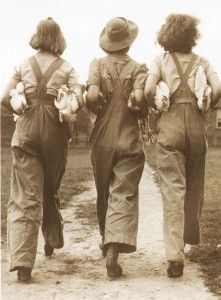 Women continued to wear trousers after the war, usually fairly full high-waisted ones.  However, they were't yet widely worn.  You can find photos of film-stars and wealthier women wearing these trousers, but they weren't very common amongst ordinary women.