Now that we've reached the 1950s, the big problem is sorting out genuine 1950s images from current ones.  Even more than the 1940s, 1950s fashions are popular now, and it can be hard to spot which are 1950s dresses and which are just 1950s style!  (The waistline is often a giveaway - in the 1950s, women still wore corsets to give that elegant - if uncomfortable - nipped-in waist.)

These photos from the Love Sewing 'Essential Vintage Sewing Companion' show two patterns from the 1950s, made up recently. 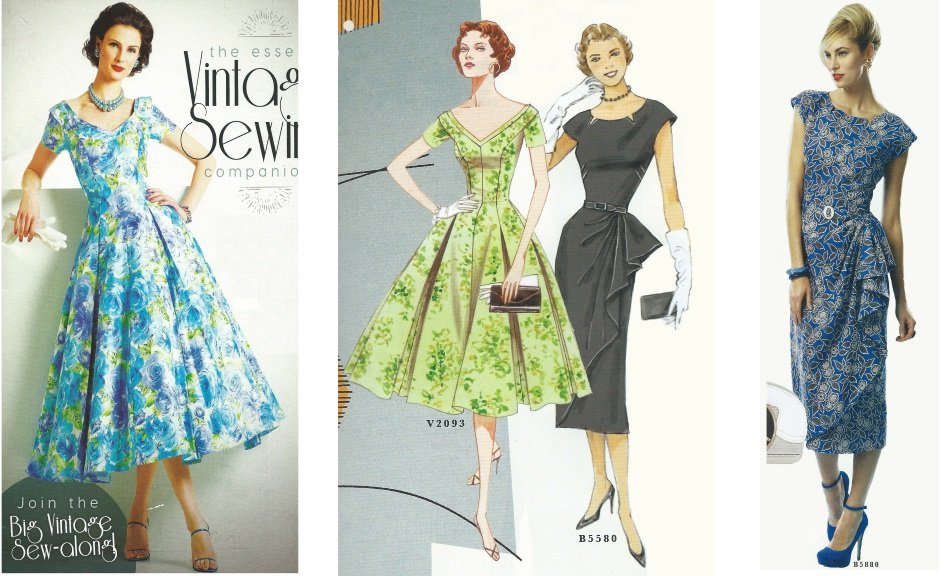 They also highlight the two contrasting styles of the 1950s, the long, slim silhouette and the full-skirted style.  Everyday wear was usually a slimline skirt with a pretty blouse and maybe a cardigan, or a twin set (a matching short-sleeved jumper and cardigan) , whilst evening wear could be either a long, slim sheath dress (often with extra fabric in the shape of frills or bows around the waist or hip area) or a full-skirted dress.  Either way, feminine elegance was the watchword. 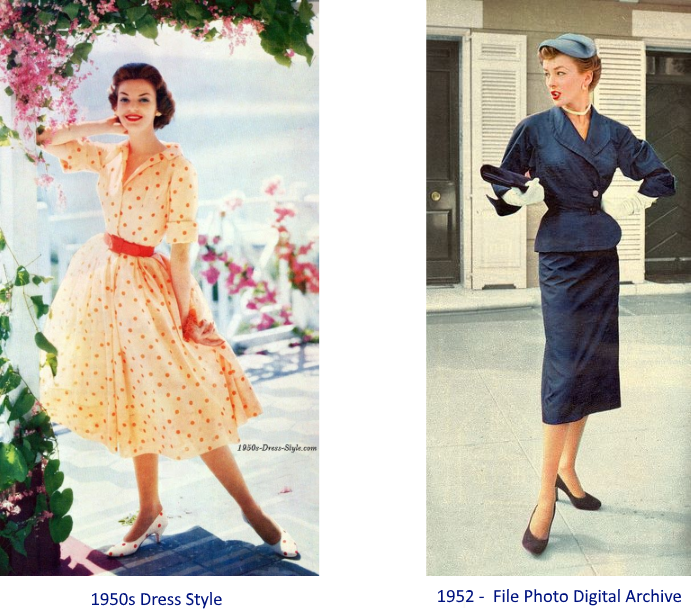 Hats and gloves were still de rigeur for women.  I can remember the older members of my family never leaving the house without a hat, even if they were just popping down the road to visit a friend or pick up some food shopping.  Matching accessories were very popular at this time.  Younger women, however, began to turn away from so much formality on a day to day basis.  As well as going hatless on less formal occasions, they were also more likely to wear trousers than ever before.  Capri pants were popular for a time during the '50s. 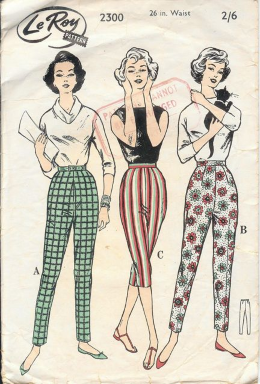 New fabrics and manufacturing methods meant that the latest fashions were more readily available to everyone, not just restricted to the wealthy.  It also meant printing was easier, so printed fabrics were much more widely used than in previous decades. 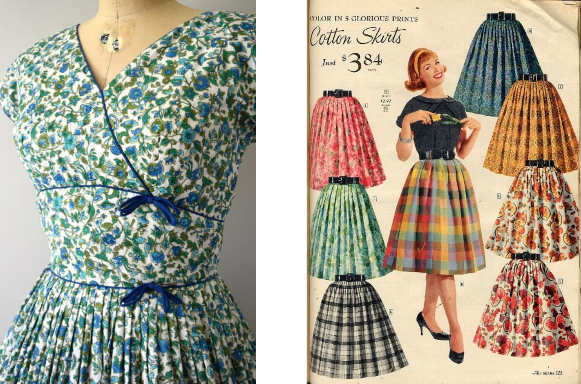 The full skirts needed full petticoats underneath to give the proper shape and swing.  These, along with padded, shaped bras and the obligatory corsets or girdles, gave women a different body shape to what we're used to today.  Even so, we still love the elegant style of 1950s fashions.