If you are thinking that you'd like to make a block for our Project Linus quilt, but don't know where to start, you've come to the right place!

A patchwork block (up to 56 x 50 cms in this case) can be as simple as sewing together a number of same-size squares, maybe using alternate white and blue squares, but all blue, in different patterns would be fine.  You can follow the instructions below for sewing them together, if you haven't done any patchwork before.

One of the standard patchwork blocks which uses same-size squares is the 9-patch.  You'll never guess how many squares you need for this block!

You need 4 squares in one design, 4 in another (usually a paler colour and often plain, or fairly plain) and one square of another colour.  I've made this square my pop of colour.  For this quilt, it doesn't matter what size your squares are, as long as they are all the same.  Take care with your cutting out, as accurate cutting makes an accurate block much more likely. 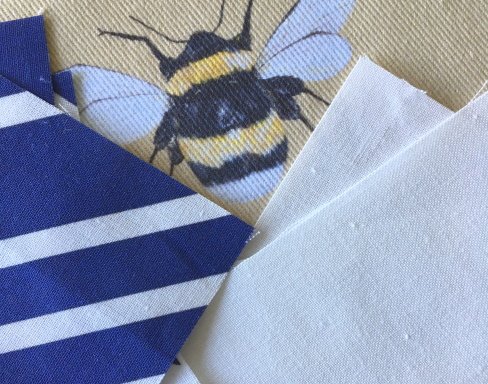 Arrange the squares as below, with the odd one in the middle, the 4 darker squares on the corners and the paler squares in between. 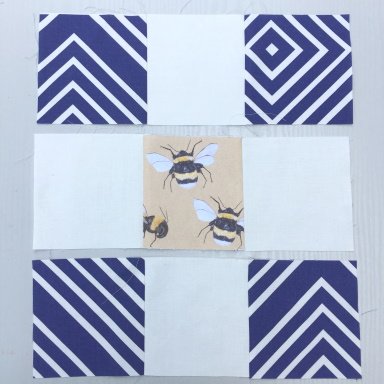 Next press the seams towards the darker squares.  This will mean that the seam allowances on adjacent rows are pressed in opposite directions.  That's important, as it makes the patch lie flatter, but it also makes it easier to sew the rows together neatly. 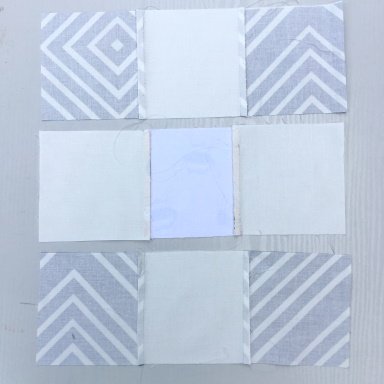 Now sew the rows together.  When you do this, you can nudge the seam allowances together, so they fit nicely and your 9-patch is more likely to be square. 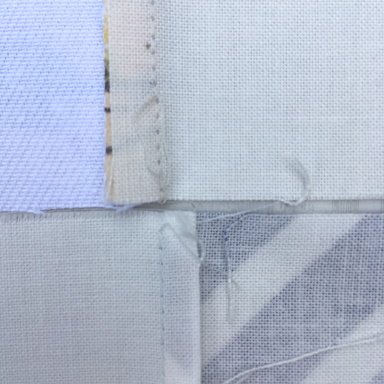 Again, press the seams in opposite directions, towards the row with the most dark patches.

If you were making a quilt entirely from 9-patch blocks, then you would make more blocks until you had enough, and then sew the blocks together.  Again, sew all the blocks in each row, then all the rows.

You may decide to make more than one block for our quilt, but, unless it's very small, it's probably better to leave the blocks as individual blocks, and then it gives more flexibility when I come to sew the quilt together.

Next week, I'll show you how to turn your 9-patch into a Magic 9-patch! 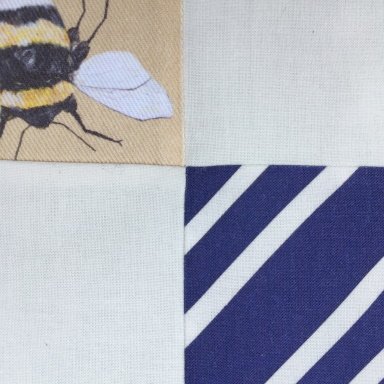