Welcome to the second in our occasional series Meet the Designer.

This time we are meeting Sylvie Heasman who works under the name  Palette of Sylvie Heasman, formerly Art on Fabric.  Sylvie is based here in the UK, although she has lived in a number of places.  She says, ‘I hope to collect as many experiences as possible during my life and so I'm always on the lookout for somewhere to go and things to try. I love being able to carry my office around with me and to be able to design from anywhere. My Laptop and Wacom board are never far away.’

Sylvie has been inspired by her experiences in a number of countries; you can see the influence of many places in her work.  Photos of coral and fish, taken whilst snorkelling, led to her design Under Da Sea: 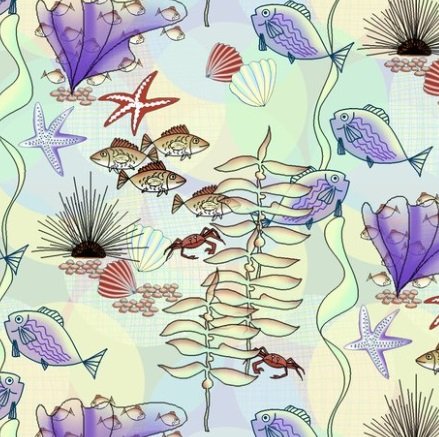 Seeing surf boards being used as a fence around a house in Hawaii inspired Board Walk: 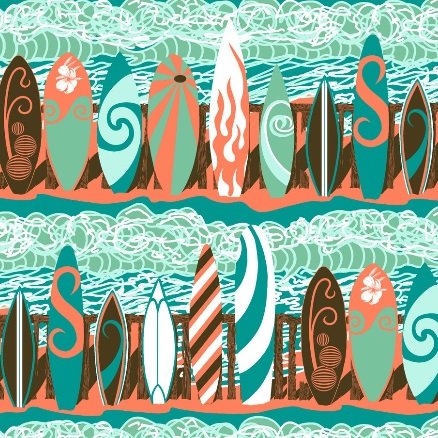 Aboriginal paintings Sylvie saw in Australia inspired All the People Then There’s Me: 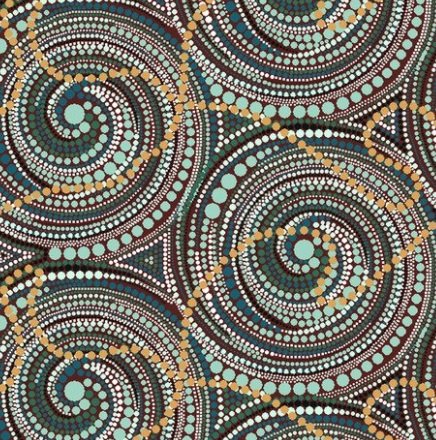 She’s also very kindly prepared a colour map, showing lots of colours with their hex numbers, so you can see what they look like printed onto our fabric. 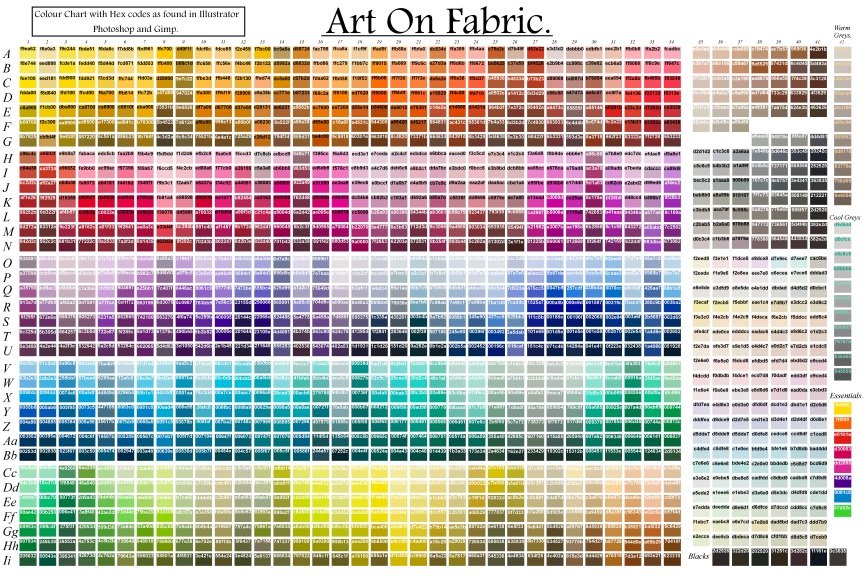 I asked Sylvie how she got into designing.  She started as a child, when she realised that she loved to draw.   During school she did extra art classes and was also allowed to drop history to be able to go to art in that time period. After school she went to a Technical College that taught Applied Art and Design, specialising in Textile Design.  She qualified after three years, coming 3rd in her class.

These days, most of Sylvie’s designing is done on her computer, using a Wacom Tablet and a program called Gimp2.8.  Before she got her Wacom, she would paint something onto paper and then put it into design.  She still, sometimes, draws an idea out first on paper to get it solid in her head, then draws it on the computer.  At the moment she’s teaching herself Adobe Illustrator (the program of choice for many designers) and then she'll learn Photoshop.  Creating a design can take anything from a couple of hours to a week, depending entirely on how complex it is.

Sylvie is happy to take commissions. She says, ‘I chat with the person about what their vision is and then produce something. They look at it and either ask for changes or are happy with whatever I have created. Either way I am happy when they are happy. It doesn't matter how many changes they ask for, it doesn't bother me. I'm a perfectionist and will not be happy till they are.’

Sylvie laughed when I asked if she has a favourite food she eats or music she listens to whilst working.  She said, ‘I actually forget to eat and drink when I get involved in my designing, so I set up a bottle of water and a peeled orange nearby to hopefully remind me... it doesn't always work.’  She likes to listen to classical music (not opera) and also music from the 70's and 80's when she works.  Occasionally she'll listen to a talking book, but if it's a complicated design then it's classical music all the way.

You can find Sylvie on Facebook (I’m sure she’d appreciate a few extra likes!), on Society6, Twitter and Pinterest.  Go and look her up and see the wide variety of styles covered by her designs.