Those of you who have been around a while may remember that DH and I visited Amberley Museum last year.  We saw some interesting sewing machines for making boots - and some beautiful printing presses. 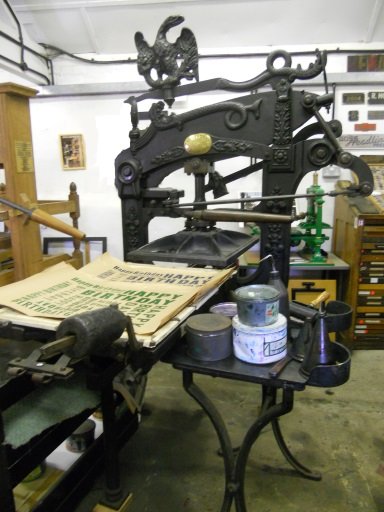 Some of these were even working!  Turning out prints in the old-fashioned way!

Who needs digital?  For paper, anyway!  I could have stood and watched them working for hours, and did stand there quite a while, until DH decided we'd had enough.

So I was very excited to discover Inky Collective, courtesy of Made by Mrs M.  Inky Collective, masterminded by Jen Wright, produces traditionally printed paper goods - greetings cards, post cards, business cards, prints,  notebooks, etc. - but with a contemporary twist, mainly in her use of bright colours. 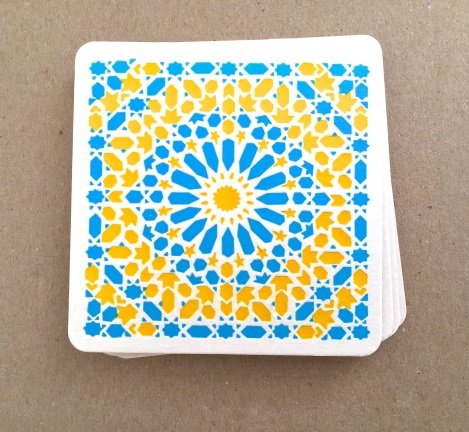 Jen has been printing for less than two years now, having received a table-top Adana Press as a surprise for Christmas in 2013. Within a few months, she had an Etsy shop and was demonstrating and running taster workshops.

A printing press is not your average Christmas present.  I asked Jen what her reaction was when she opened it.  She said,

‘I was absolutely stunned! It was such a wonderful surprise from my husband, though it was a few weeks before I could actually print on it as I had to get paper, type, inks, and all manner of other printing ephemera.’

I wondered if the idea of using the printing press as a business came straight away.  Jen said she’s always made things, and always had a bit of an entrepreneurial spirit, though she never seemed to have the confidence or the timing to make any of the many (many) business ideas she had work. When she started printing, it was definitely in the back of her mind that she might be able to sell things one day, but she focussed on cards for friends and family for a while first.

She opened her Etsy shop in August last year in a bit of a rush, as she'd been given an unexpected opportunity to go and run letterpress taster sessions at People of Print's Print Isn't Dead magazine launch the next day!

She put some rushed photos of three products online, and then did nothing more with it until a couple of months later when she suddenly sold her first card! It was her Shut Up Legs design, which is still a bestseller now, and one she’s adapted into an A5 print especially for the Kickstarter campaign. (see below)

This first sale gave her the push she needed to update her photography and get a lot more designs online, and after a few more people started buying, she had the confidence to start approaching stockists. 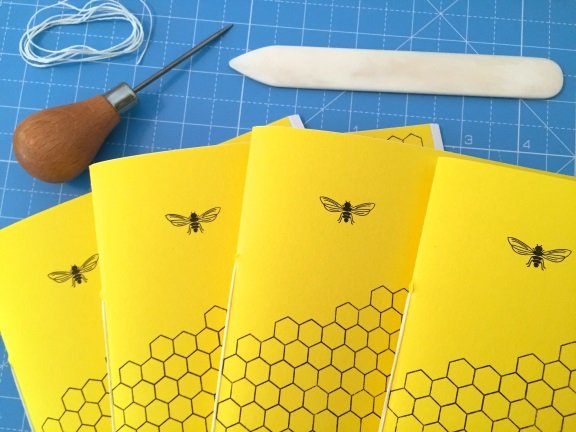 Jen’s first play with a printing press was when the lovely Rachel from Prickle Press gave letterpress taster sessions at a Crafty Fox Market back in 2013 on her Adana 8x5. Jen spent a few minutes printing her own postcard and it was that experience, and her rambling on about it afterwards that led to her husband buying the Adana for her the following Christmas.

She emailed Rachel with lots of questions.  She was amazingly supportive and encouraging, and gave Jen enough info to start printing successfully at home. Most of what she was doing was still taking too long though and coming out a bit wobbly so she then invested in a one day workshop with Harrington & Squires, which helped a great deal!

She printed exclusively on the Adana up until the start of this year, when she started renting the 1950s Vicobold she’s now hoping to buy. She says, ‘As much as I adore my Adana, the Vicobold has changed everything for me. I've been able to create larger prints, larger orders for custom business cards and invitations, and even notebook covers.  It also meant I could start experimenting with the split fountain technique - printing with several colours at once - and it's this technique that I hope will help my colourful products stand out and appeal to people!’ 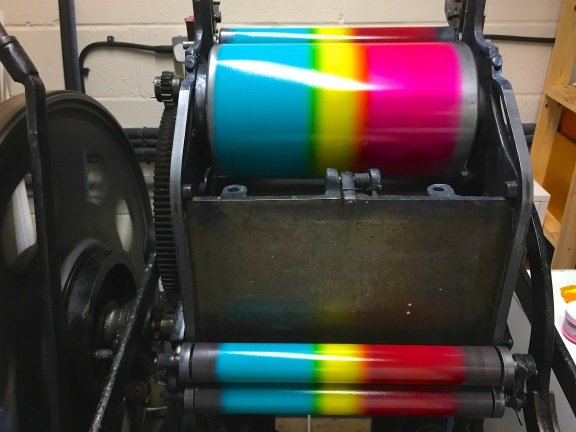 Jen is now hoping to buy the Vicobold and has launched a Kickstarter campaign to raise the funds.  With Kickstarter, you pledge to give a certain amount in exchange for one of a number of rewards.  These range from limited edition prints to one-day workshops, learning how to print your own cards.  I’ve gone for the Year of Snail Mail – a little parcel of goodies from Jen every 3 months for a year.  I’m really looking forward to getting them in the post!  If you’d like to support Jen’s campaign, you’ll need to get your skates on.  Pledges need to be registered by 8am on Sunday! 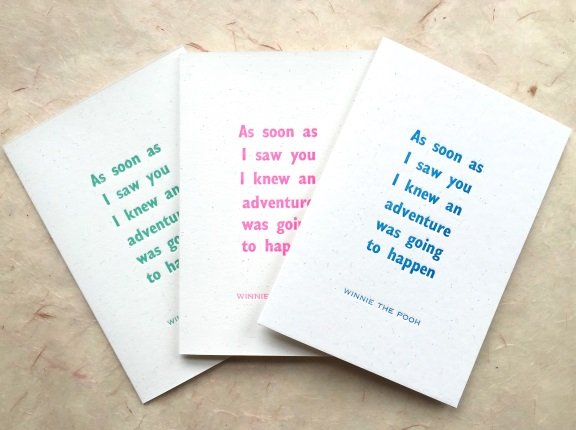 It’s all a big change from Jen’s previous job, working in recruitment and resource management in the marketing industry.  She enjoyed aspects of that job, but just couldn't bring herself to tell someone to take a job that she didn't think would make them happy!

She left her job for a part time role in 2013 so she could spend more time making and writing. She started looking for freelance writing opportunities to build a portfolio, and started going to all the crafty workshops she could find in the hope of finding "my path". And then, of course, later that year she wandered into a Crafty Fox Market looking for the Prickle Press taster sessions, and the rest is history.

Jen gets a lot of her inspiration from other people.  She’s often asked if she does cards for a certain occasion, or would she please do a card that says something particular. For her, hearing exactly what other people want is a much better way of starting off a design than just sitting at her desk trying to think of an original birthday message. 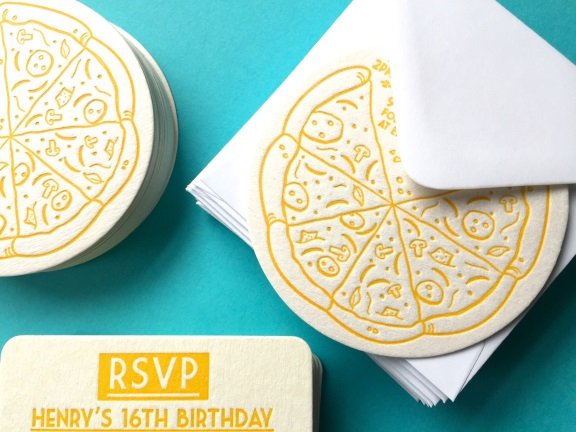 Jen says, ‘I had zero design experience before Inky. I'd always loved sketching and painting, but I found coming up with ideas from scratch really hard. Much like any other creative pastime though, the more you practice, the easier it becomes.   Working with letterpress was really good in this way as I was using antique type and printing blocks, meaning I had quite a limited but clear jumping off point. I still work with lead and wood type, but now I also design on my Mac and print with photopolymer plates, meaning the possibilities are almost endless!’

She’s also looking forward to being able to run workshops at her own studio, assuming the Kickstarter campaign is successful!

I’ve enjoyed hearing about Inky Collective from Jen, and hope you have, too.  Back to printing on fabric next week!

Edit: Jen now works under the name Inky and the Beast

All photos, except the top printing press photo, © Jen Wright.