I've seen a couple of versions of an idea which I think is really nice (unfortunately can't remember where I've seen them!) which is to put favourite recipes onto a tea towel.  This can be an unusual way of remembering recipes you use often, or ones given to you by someone special to you.  They can be as you were given them - hand-written, typed on an old typewriter, now covered in splashes from constant use! - or specially typed or written up.

I created my tea towel by finding some recipes I thought would be good to put onto my tea towel and scanning them. 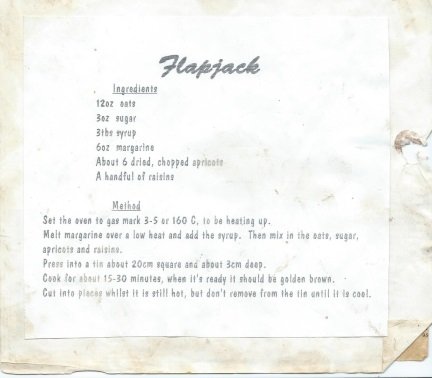 I then played around with them till I was happy with the arrangement.  You can enlarge your scans so that they're legible and you don't need too many.  Be careful, though.  In theory, you could enlarge one recipe to fit the tea towel, but don't enlarge any scan too much, or it will pixilate.  If you really want it to be large, it may be best to retype it, using a large font.

You could add a border round your recipes or pictures between them.  If you're really feeling enthusiastic, you could make the recipe and photograph it, to put a picture of the finished food on the tea towel.  (Or find suitable pictures on the web.)

Once you're happy with your design, upload it to your account.  If you want four on a metre, upload it sideways (75cms across) and choose a straight repeat.  If you then order a metre, you will get four tea towels printed onto your metre.  If you want four different designs, put them next to each other the same way before you upload them.  If we get the tea towel blanks you will be able to upload and order any number, starting at one. 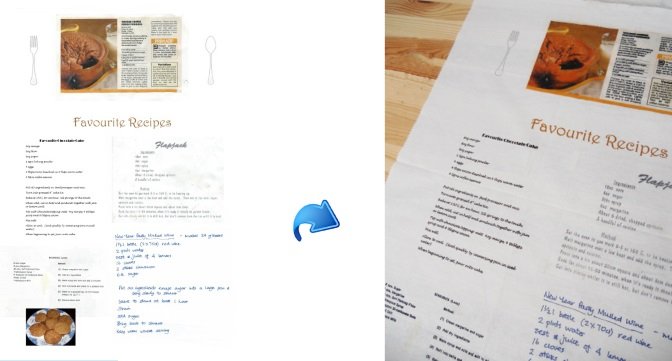