Back in September, we started to look at fashions in the 20th century, and the fabrics used to create those fashions.  In September, we talked about fashion in the first decade, from 1900 to 1910.  Today, we're moving on to the 1910s, a decade of great change. 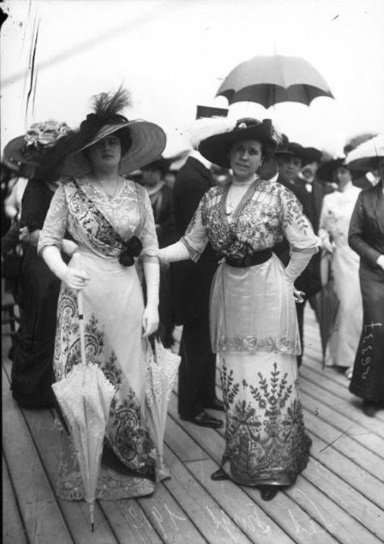 By 1910, dresses were becoming straighter (without the 'S-bend' corsets which produced the figure which looks so odd to us now, above on the right) and a little less fussy. 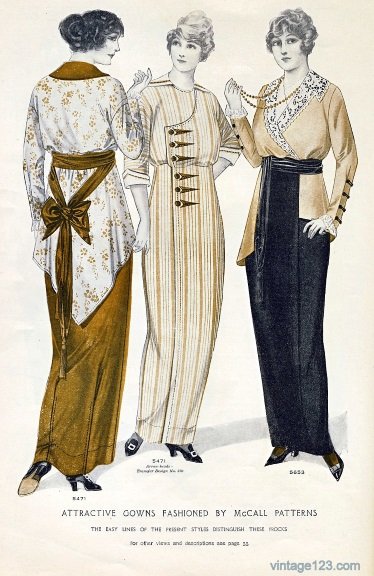 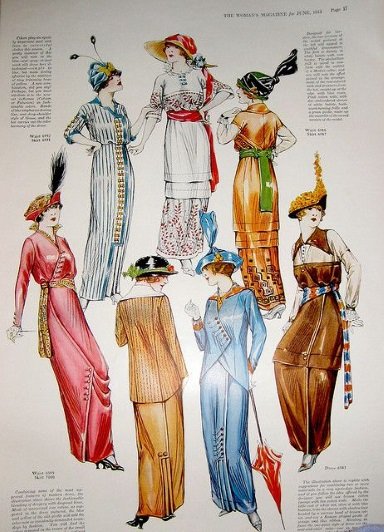 June 1913 Fashion, from The Woman's Magazine.

The big change, in 1915, was the shorter skirt.  What must it have felt like to Edwardian ladies to suddenly start showing an ankle - and a little bit more! 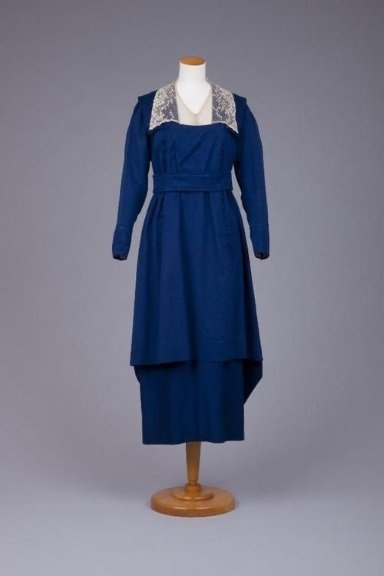 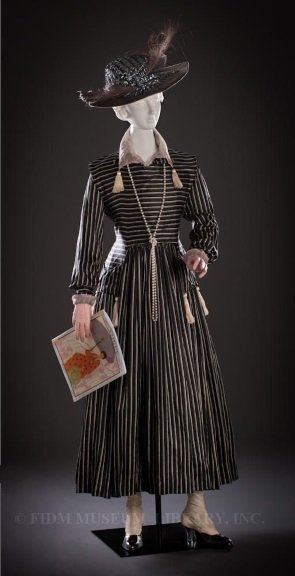 The 1910s were a decade of huge change, partly due to the Great War.  Women who would never have dreamed of working before began to do so, some of them taking on men's jobs - and the clothing which went with the job!  Even during the Second World War, women in trousers often raised an eyebrow, so I wonder what the reaction was in 1915? 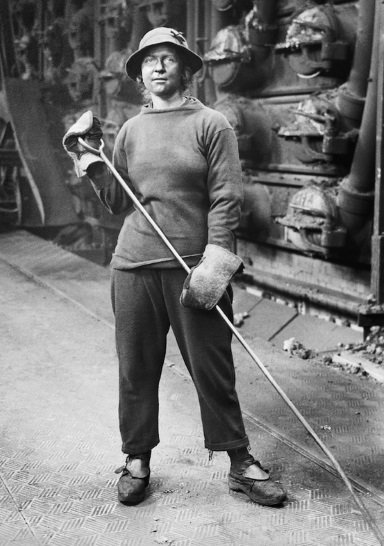 Woman at work during WW1 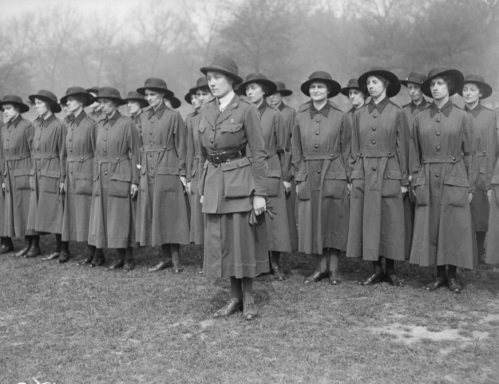 Hemlines stayed well above the ankle during the last couple of years of the 1910s and into the 1920s, possibly at least in part for practical reasons.  Although skirts, which had been straighter for a few years, became fuller again in 1915, they soon became straighter and simpler again as the 1920s style began to develop. 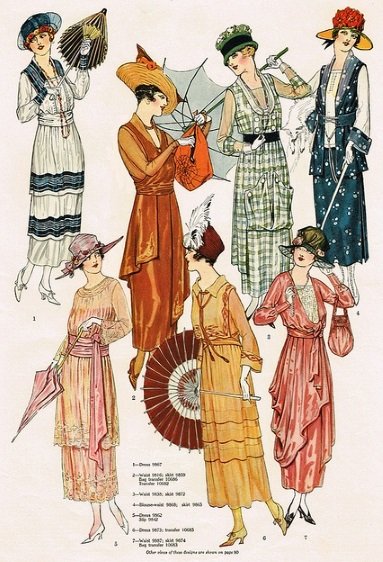 Fashion page from Delineator May 1918 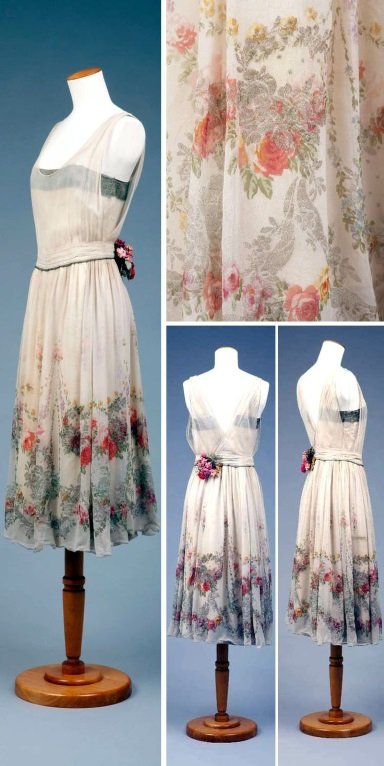 Party dress, circa 1918-1920.  Goldstein Museum of Design, Univ. of Minnesota.
List image - fashion from 1915.  Top image - Lucile dress from FIDM Museum.
You can find more fashion photos on my Pinterest board Fashions in the 20th Century.
Some of the dresses worn in this period (particularly by the wealthy!) are beautiful - elegant, graceful, very feminine.  Would you like to wear clothes from this era?