Our occasional series on Fabrics and Fashion has reached the 1920s.

I wonder what it was like to be part of that generation of women who threw tradition to the wind, raised their hemlines, shortened their hair and took the world by storm?

The Bright Young Things of the 1920s wore clothes which were vastly different from the ones worn by their mothers and grandmothers.  They jettisoned any sort of shaping and wore straight dresses, with waistlines which got lower as the decade progressed. 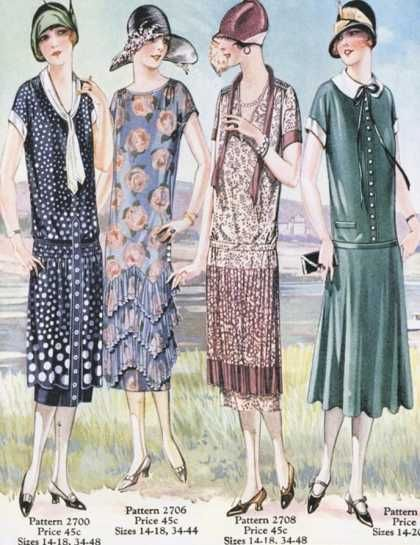 Hats got smaller, with the cloche being the favourite style of headwear.

Evening wear, amongst the wealthier, was still mostly plain coloured, but highly decorated with beads and fringes as well as embroidery - and big bows.  It's surprising how modern some of these dresses look, isn't it? 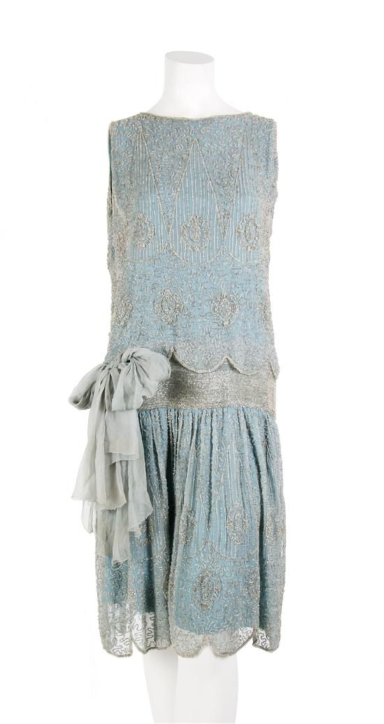 Daywear was also still often plain, with the occasional stripe, plaid or even pattern creeping in.

So, ladies were still eclipsed by the decor in terms of pattern!  Not much call for Print me Pretty in the 1920s, then!  But home sewing was beginning to take off, as this 1920s McCall's pattern shows. 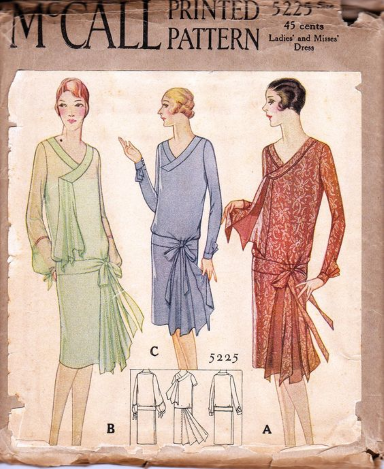 All in all, a much more familiar feel to the fashions of the 1920s, then - and the beginning of printed patterns on clothing. 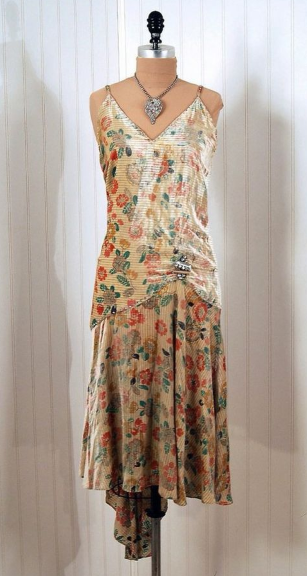 You can see these dresses and more on our Pinterest board Fashions in the 20th Century.  You can read about the 1900s and 1910s in earlier blog posts.